Elements White Plains is pleased to offer our Wellness Program clients exclusive discounts and other benefits from our local business partners listed below.

Check back frequently as we update and add additional partners and benefits in your area..

Power Health and Performance Your Home For Individualized Fitness Training The Power Health and Performance Mission is to inspire and guide people to become their strongest in mind, body, and spirit so they can create their best health, physical body, and life. We focus on taking a holistic approach by addressing the 6 main components of health and performance which are mindset, breathing, sleeping, hydration, nutrition, and movement. Optimizing these 6 components is the way to accomplish sustainable health and high performance in athletics and everyday life. We're proud to work with men and women in Harrison and throughout Westchester County, making your fitness goals a reality one day at a time.

Walter's Hot Dogs of White Plains - 10% off with VIP Card!

Walter's Hot Dogs is a Westchester institution and nationally registered historical landmark, serving our world-famous hot dog since 1919. An exclusive blend of beef, pork and veal, Walter's hot dogs are split down the middle, grilled in a "secret sauce," and served on a toasted bun with Walter's signature mustard: a blend of choice mustard seeds, relish and spices. Voted No. 1 in the country by Gourmet magazine in 2001, the hot dog here has received praise from top outlets. In 2004, The New York Times writer R.W. Apple Jr. highlighted Walter's as "topping the whole list" of noteworthy dogs across the country; in 2014, Westchester magazine featured Walter's on the cover of their "Westchester Bucket List" issue for the "iconic split and griddled treats" and "Chinese temple of a hot dog stand." In 2015, Walter's was voted WCBS-FM's "Best Hot Dog in the Tri-State." In 2016 and 2017, we received the Best of Westchester's award for "Best Food Truck". We were also recognized by 914INC with a "Small Business Award" in 2016, and the Westfair Communications "Family-Owned Business Award" in 2017. Walter's took home the first ever "NY vs. NJ Food Truck Mash-up" Award in 2017, hosted by Lohud.

15% off 6 bottles/20% off 12 bottles (in store purchases only. Only in-stock items. Sale items, special reserve wines and liquor not discounted. Cannot combine with other offers). "We're wine lovers, so the concept is simple: Offer great wines from small producers that are not available everywhere, are reasonably priced and most importantly...taste great!" Owners Stuart and Janine Levine are local White Plains residents who wanted to share their enjoyment of wine with their community. In 2005 they found the ideal location right in the heart of downtown -- within easy walking distance of all the new apartments and hotels. One visit to VINO 100 and you'll see why Westchester Magazine voted us "Best in Westchester" twice. Additionally, Stuart is a Certified Specialist of Wine (CSW) from the Society of Wine Educators and has studied wine extensively through wine schools as well as professional organizations.

At Upper Cervical Chiropractic of New York, Dr. Gertner performs a very specialized form of Upper Cervical Care called NUCCA (National Upper Cervical Chiropractic Association). NUCCA is a painless spinal correction procedure that takes pressure off the nervous system and gently restores the skull, spine, and pelvis back to its proper position. This takes pressure off the nerves and allows the body to return to its natural, healthy state. Dr. Gertner is one of only 200 doctors worldwide to perform the advanced spinal correction called NUCCA. Dr. Gertner is able to provide long lasting relief to some of the most severe and chronic conditions in White Plains, NY. 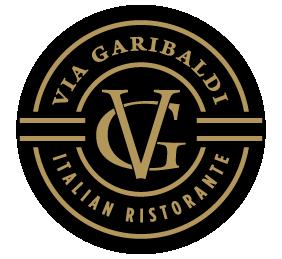 Via Garibaldi 10% off your entire check,

We’re an authentic Italian Restaurant located in White Plains. We strive to provide our customers with a traditional ‘family style’ experience. Our well-crafted menu includes an assortment of delicious Italian dishes, ranging from common favorites like our wood-fired brick oven pizzas to our mouthwatering delicacies. Additionally, we serve a selection of prestigious wines imported from Tuscany, Liguria & Sicily.

Visit Via Garibaldi 10% off your entire check,