As we continue to monitor the situation with Coronavirus (COVID-19),
we are taking steps to help protect the health and well-being of our customers and partners.

How does Integrative Reflexology Work? 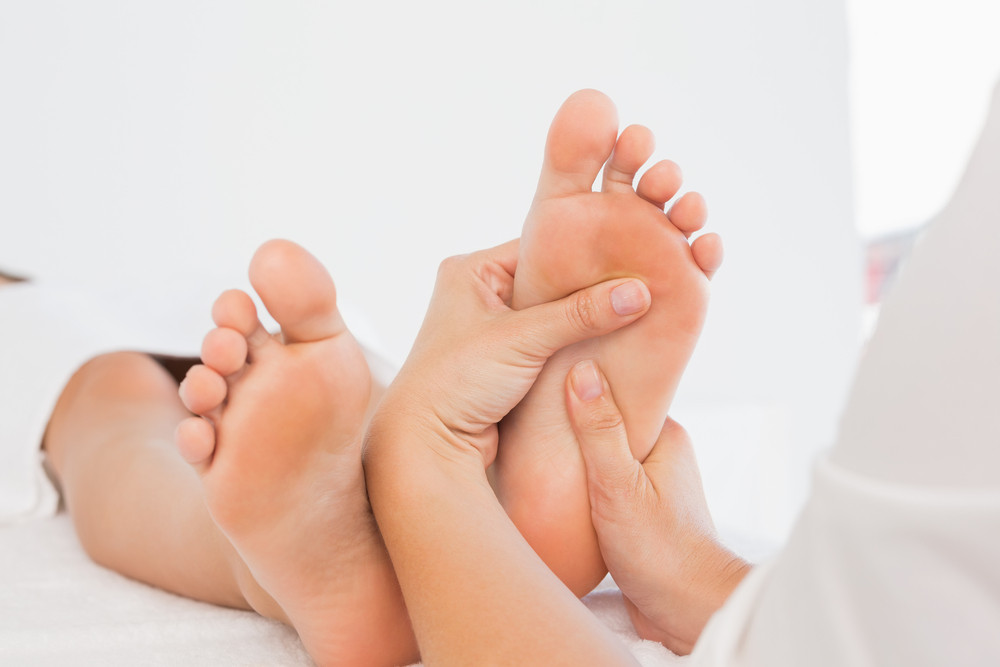 How does Integrative Reflexology Work?

Structural Alignment Theory is based on the fascial model from Ida Rolf, the creator of Rolfing®. Ida Rolf called the feet the great tattletellers. They let you know where the client is holding their fascial tension. For example, the shape of the medial arch in the feet relates to the alignment of the back and spine. A collapsed arch or swollen inner lower arch, near the heel, generally indicates sacral misalignment .

Zones have long been the foundational theory for reflexology.  The original zones are basically grids on the feet and the body that correspond to each other.  It has been found that stimulation in the zones in the foot create effects in the corresponding zones in the body. Integrative Reflexology uses zones that are different from the zones used in most other approaches to reflexology.  The drawing here shows the Integrative Reflexology zones on the left, which curve in relationship to the curves of the body.  The Integrative reflexology zones are anatomically based and correspond to the four cavities of the body - head & neck, thoracic, abdominal, pelvic.  The diagram of the zones on the right are used by most other approaches to reflexology and are less accurate to what Claire has found to be the anatomical positions of reflexes in the feet.

Meridians are energy pathways through which Chi (life force energy) flows.  The major meridians begin or end at the fingers and toes.  The connection between meridians and reflexology is an important part of Integrative Reflexology®.  The meridians offer another way of stimulating the organs and bringing balance to the whole system - body, mind and spirit.  In Integrative Reflexology, the solar plexus reflex point overlaps with the Kidney one meridian point, enhancing the calming effects of each of these points.  Each meridian is also related to a season and a variety of qualities - emotion, color, sense, personalty type, foods.  Meridian Theory incorporates a holistic approach to Integrative Reflexology that is both informative and functional.  It honors the need for balance within ourselves in order to heal.

Psychoneuroimmunology Theory is based on the connection between the nervous system, the immune system and the emotions.  The feet are one place in the body where we can access all three of these systems.  This theory shows how an Integrative Reflexology session can simultaneously improve brain chemistry, activate a calming effect in the nervous system and stimulate the lymph system to clear toxins out of our body.  Proprioceptors are the nerve endings the feet that are stimulated in an Integrative Reflexology session.  They communicate with the brain and body to produce a calming effect.  At the same time, congestion in the feet is being broken up and carried away by the lymph system.  These physical effects, combined with the deep relaxation effect, combine to bring the body, mind and spirit into a state of being that reduces the stress response and promotes healing.

Integrative Reflexology uses the whole hand, knuckles, side of hand and potentially rocks as tools for performing the session.  A nourishing cream is used in conjunction with the techniques. The protocol moves between both feet, in a back-and-forth rhythm, in order to stimulate the whole body in a balanced way.  The principle of "how would I massage this part of the body" has shaped the development of this unique, effective and fun method of reflexology.